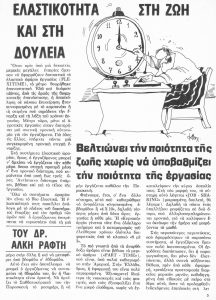 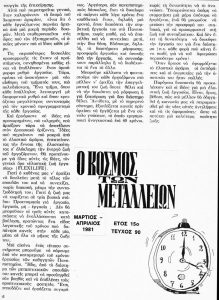 Half-time, or the housewifes’ shift (in Greek) 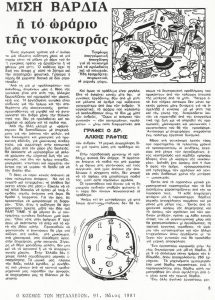 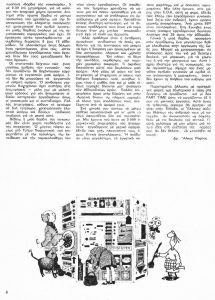 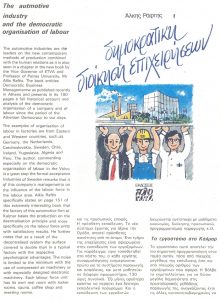 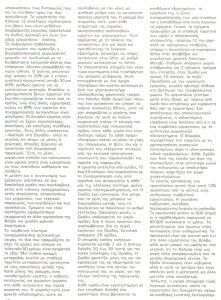 This paper attempts a description of the evolution of workers’ cooperatives in Greece,
and an assessment of their operation. Economic success is found to depend generally
upon the sector, handicrafts being the most successful because of their expanding
market. Although in many countries manufacturing cooperatives constitute the main
body of workers? cooperatives, in Greece they face serious problems of viability.
Major problems inhibiting the development of Greek worker cooperatives include
the decline of cooperative ideology in general, the absence of an adequate supporting
infrastructure, members’ inexperience and indifference, as well as party politics.